Isaac Kahn was born in 1950 in Kaunas, Lithuania with a father as a painter. In 1964, he moved with his mother and sister to Israel where he attended the D. Israel Goldstein Art Institute and the Bezalel Art Academy, in Jerusalem. In 1973, Kahn moved to Uruguay where he continued his studies at the University of Plastic Arts in Montevideo. Along with other sculptors, he worked on the huge creation of the Uruguay national shield and a diorama of the Declaration of Independence—which are all displayed in the law building and earned him a letter of thanks from President Esteban R. Cristi. In 1975 at 25 years of age, Isaac Kahn presented his first one man show in the exhibition hall of Montevideo with the sponsorship of the Uruguay – Israel Cultural Institute. By 1984, Kahn began working in Italy and participated in the Art Expo in New York while working with established galleries in the USA. Isaac Kahn’s work can be found in public and private collections and galleries in the US, South America, Israel, Japan, Korea, South Africa and throughout Europe. 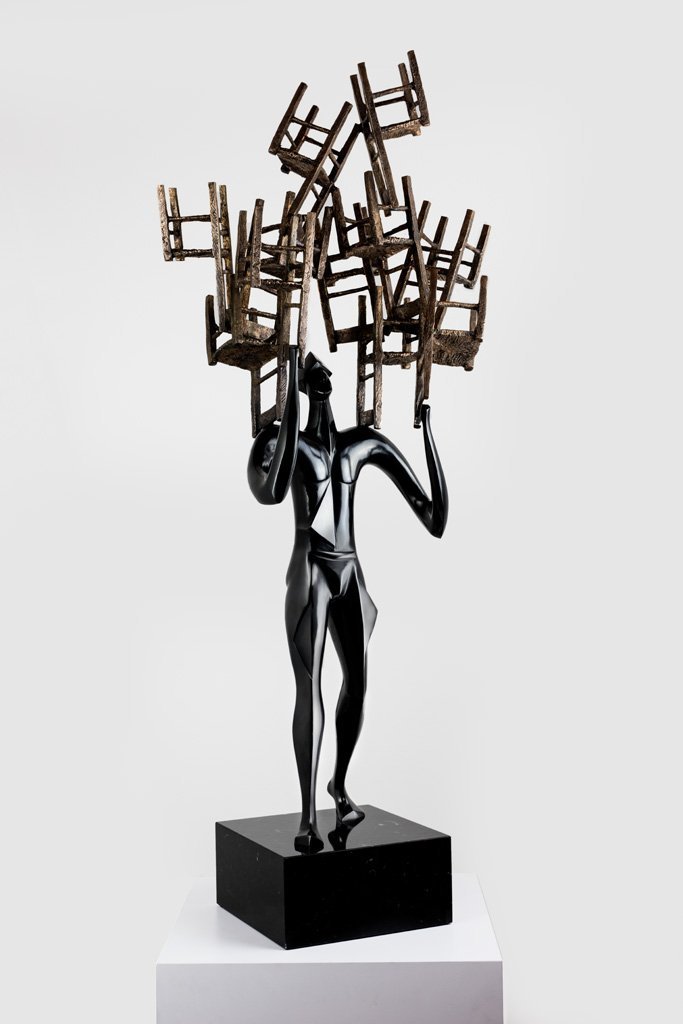