In 1963 I had an epiphany on Leeds Central station. I was waiting for the train to London one Saturday morning and I noticed that the lines ahead of me came to a point, the point of infinity. (I had been brought up in Crewe, Cheshire, a railway town, and I often travelled on the trains and still do.)

I thought to myself I could make a silver and black set of railway lines that come to a point more quickly. I made these and exhibited them on the floor in my second London exhibition at the small Portal Gallery. About a year later I thought of making a sitting room in the same forced perspective, but this time the wrong way round, with the back wall at the front. I made this out of wood and doll’s house wallpaper. Making things in perspective is taking experience as a solid rather than an ever-changing relationship. By the process of irony – no one believes railway lines actually come to a point – one can make the point that our experiences are relative, fluid, subject to change.

Patrick Hughes holds a Citizen of the World passport and is now an Irish Citizen by descent. His solo show in 1961 was the first by a British Pop Artist. He taught at Leeds College of Art in the 1960s. Patrick has written books on philosophy and rhetoric exploring how revealing language is when pushed beyond metaphor into the further reaches of oxymoron and paradox. Based in Hoxton, Patrick says he is less interested in his CV than how long he has got left. 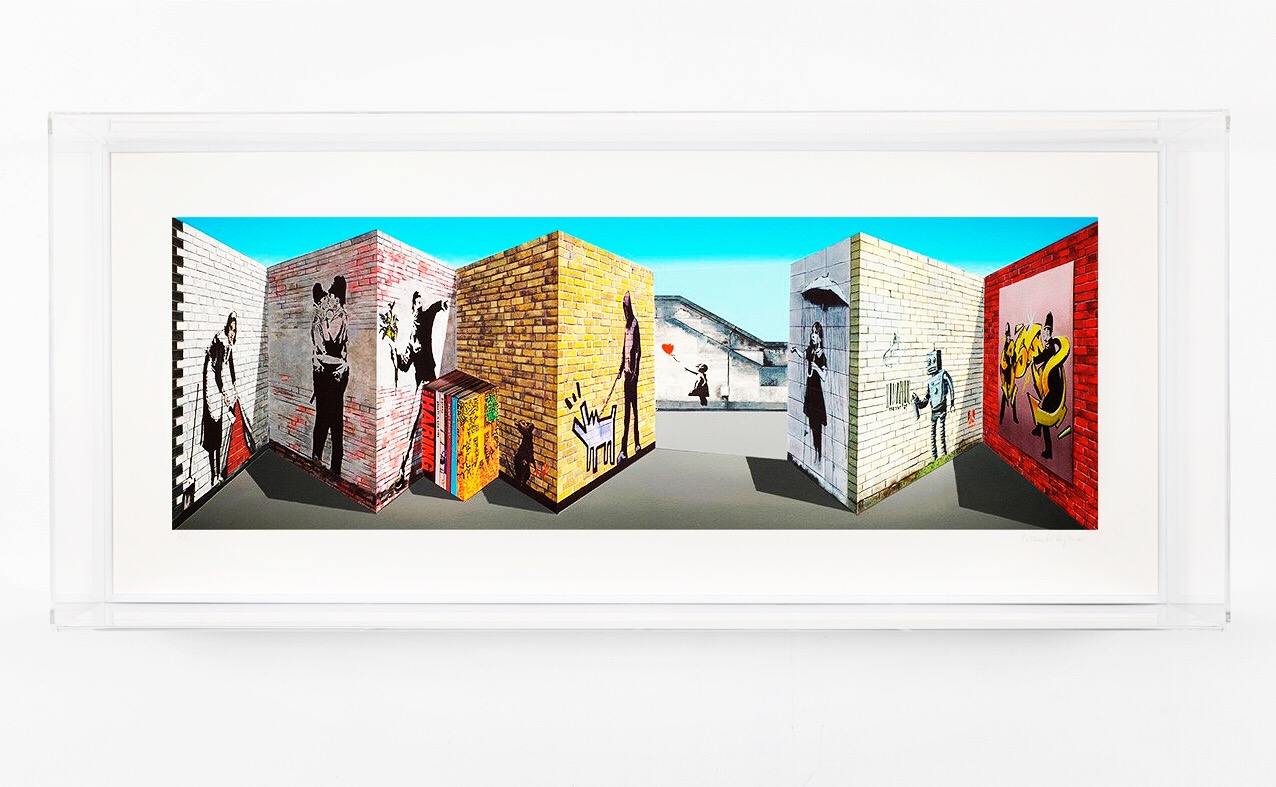